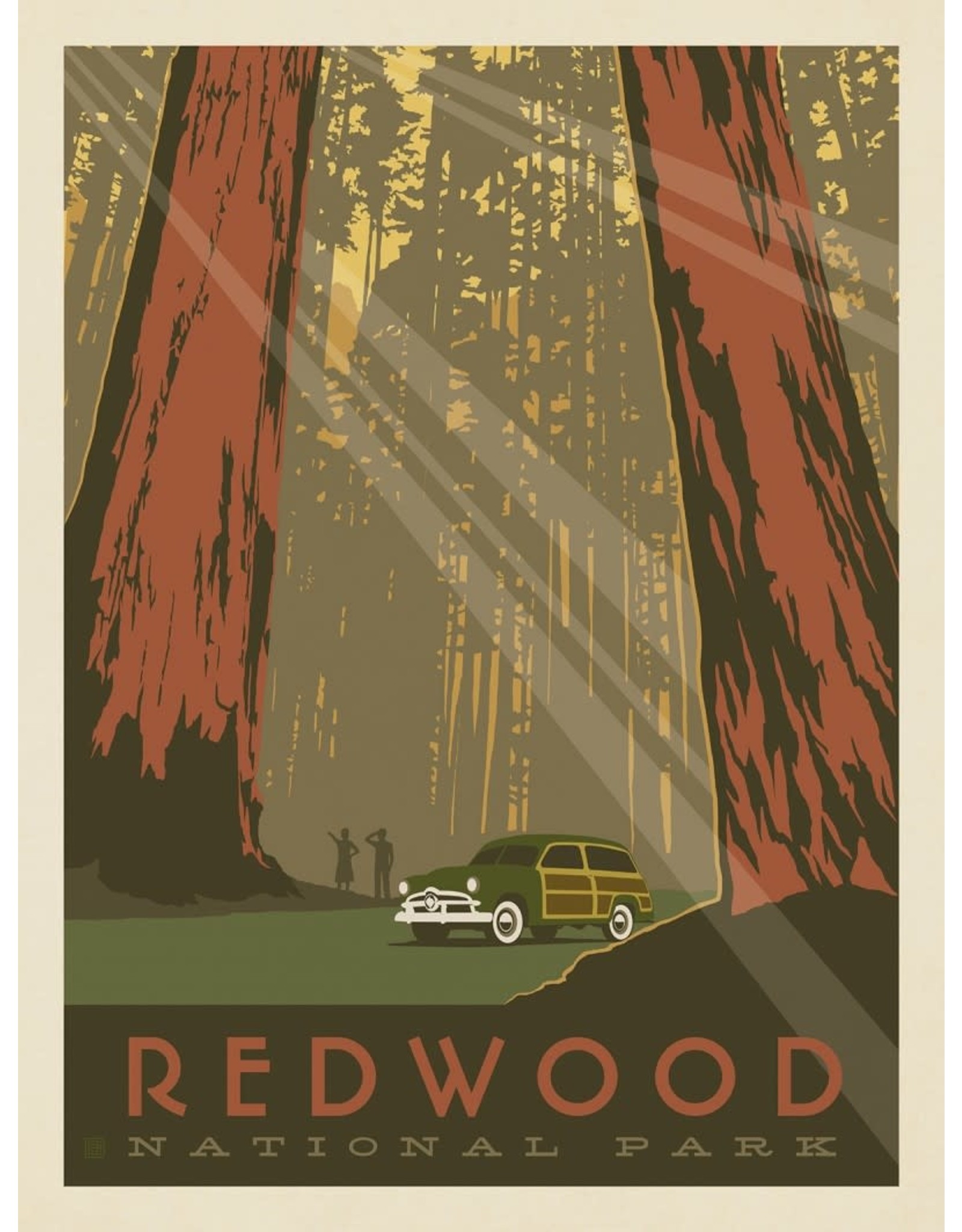 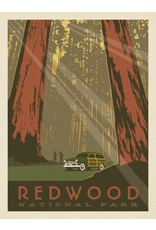 The mighty Californian redwoods of Redwood National Park exceed even the imagination’s estimate of how large and old such trees might be. Some of them are more than 2,000 years old, and many are over 300 feet tall. Redwood National Park, along with other parks nearby, protect about half of all remaining redwood trees, magnificent giants which were greedily logged in decades past. Anderson Design Group further eternalized these majestic specimens in vintage art, creating national parks posters of the trees which carry an air of early-1900s illustration style with them. In this design, two visitors to the park seem very small next to a mighty redwood, though that is not an error of scale.